A notice of appeal filed out of time is incompetent and cannot be cured by amendment. 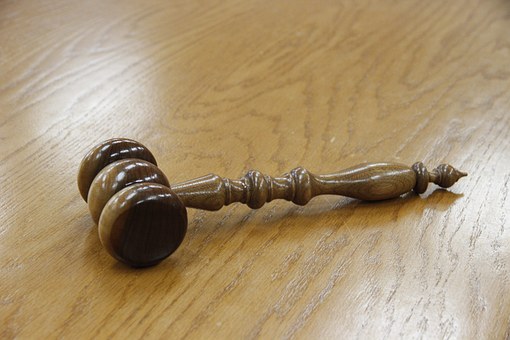 “In the absence of an application for enlargement of time, a notice of appeal filed out of time has no foundation. It is liable to collapse and nothing, such as an amendment of the incompetent process, can stand on it. A fundamentally defective notice of appeal cannot be cured by amendment.”

The Respondent later filed a preliminary objection challenging the competence of the appeal on the ground that the Notice of Appeal earlier filed was incompetent, having been filed out of time. The Supreme Court upheld the Respondent’s contention and struck out the appeal. The apex Court held that since the Notice of Appeal filed was out of time, it was incompetent and defective and all subsequent processes filed in the appeal was void.

Time for doing any act in judicial proceedings, including the filing of appeal, are usually provided in the relevant statutes and Rules of Court for the purpose of saving time and discouraging laxity in prosecuting cases. In addition, penalty (in terms of monetary payment) for default in due compliance is also usually provided.

In line with this, it is trite that any court process filed out of the time permitted is irregular or incompetent but can be regularised upon the filing of an application to that effect and payment of the default fees subject to the discretion of the court.

Nevertheless, we have seen that counsel sometimes fail to strictly comply with this procedure of filing within time or taking steps to regularise irregular processes. In the case of appeal filing, this failure to file within time is also not entirely due to the fault of counsel at all times as the court registries often contribute to the delay either by failing to make available certified copies of decisions or by not timely performing other administrative tasks in furtherance of the appeal. The inefficiency of the court registries have even led lawyers to often engage in the habit of ‘tipping’ court officials to ‘facilitate’ and ‘mobilise’ them to work. In fact, it has become a solid tradition that if counsel fail to ‘do the needful’, nothing gets done by these officials. Whatever the case, parties bear the full weight of any delay.

It is submitted that proactive steps need to be taken to avoid situations such as the one in the instant case where the appeal was consequently struck out. The innocent Appellant may never understand why the case was not determined on the merit. It is recommended that court registries should be directed to ensure that no court process should be filed out of time without the necessary penalty paid at the time of filing. That way, no incompetent process will ever find its way into the court file.

If this is done, a party may then apply through his counsel in writing (or even orally) that such irregular process be regularised by an order of Court, penalty for default having been paid. This does not deny the Court the discretion to discountenance any application for extension of time where the delay is found to be so much as to lead to injustice. Notably, it is in line with ensuring that judicial time is saved that applications for extension of time may even be treated in chambers and the other side is obliged to file notice of intention not to oppose, so as to dispense with the need for any hearing.

To some extent, respectfully, it ridicules the system that the Supreme Court in the instant case made an earlier Order amending the Notice of Appeal in question only to later strike it out for being incompetent. The Court should take the issue of saving judicial time seriously and avoid any occasion where the Court would be making orders that are absolutely ineffectual.