IS COVID-19 A MAGIC WAND EXCULPATING PERSONS FROM CONTRACTUAL LIABILITIES?

Since the outbreak of the Coronavirus (“Covid-19”) pandemic, nations of the world have adopted various measures to curtail the spread of the virus. It is against this backdrop that President Muhammadu Buhari issued a Regulation made pursuant to the Quarantine Act directing the cessation of all movement in Lagos State, Ogun State and the Federal Capital Territory, Abuja (“the FCT”), given the number of confirmed cases within and around those areas. This Covid-19 pandemic and the resultant Regulation will likely give rise to a number of commercial disputes in the days to come – disputes b0rdering on breach of contract –as many of the defendants/respondents would plead force majeure or the doctrine of frustration of contract to escape liability.

A contract is simply an agreement between persons which creates reciprocal binding legal obligations to do or not to do a particular thing. The age long principle of sanctity of contract (pacta sunt servanda) holds parties to a contract bound and imposes a duty on the parties to discharge their obligations. A strict observance of this principle posits that once a party holds himself to do a thing, not in itself unlawful, he must perform same or pay damages for failing to perform.

However, the law recognises that a party to a contract may be unable to perform his or her own side of the bargain due to circumstances beyond one’s control. Thus, the law has evolved over the years to accommodate the concepts of force majeure (act of God) and the doctrine of frustration of contract.  Where a contract specifically makes provisions for a force majeure clause, same would be binding on the parties. Where there is no force majeure clause, but an unforeseeable event occurs, the court will apply the doctrine of frustration to excuse the party that was unable to perform through no fault of his or hers. It is implied that parties understand and agreed that the occurrence of an event capable of frustrating the continued existence or performance of the contract will be enough to excuse an erring party from liability.

Force Majeure and the Doctrine of Frustration

Force majeure refers to the occurrence of unexpected events that prevent a party to a contract from fulfilling the contract. It is commonly referred to as an act of God. A force majeure clause is usually inserted into a contract to remove liability where a change, natural or man-made change/event, renders the performance of the obligations under the agreement legally or practically impossible. In C.G.G. Nigeria Limited v. Augustine & Ors (2010) LPELR-8592 (CA) the court held that “Force majeure according to Black’s Law Dictionary 8th Ed, is an event that can neither be anticipated nor controlled. It includes both natural and human acts. The human acts may be of political in nature including riots, strikes or war.” Parties to a contract have learnt to expand the list of events that would amount to force majeure in order to provide for sufficient cover. Nevertheless, the boundaries are never closed.

However, where a force majeure clause is not included in the agreement, a party may rely on the doctrine of frustration of contract. The doctrine makes provision for the discharge of a contract where subsequent to its formation, a change of circumstances makes it legally, physically or commercially impossible to fulfill the contract. For the doctrine of frustration to avail a party, the party must prove that there has been the occurrence of an intervening event or change of circumstances so fundamental as to be regarded by law both as striking at the root of the agreement, and as entirely beyond what was contemplated by the parties when they entered into the agreement.

In effect, force majeure and frustration of contract is essentially the same.

Can a party to a contract rely on Covid-19 to escape liability?

It is not inconceivable that the performance of a number of contractual obligations would be inhibited by reason of the Covid-19 pandemic and the cessation of all movements in Lagos, Ogun and the FCT. After all, it would be unlawful and illegal to defy the directives of the Federal Government in an attempt to fulfill contractual obligations.

We must note however that a party will not be automatically excused from performing his or her contractual obligations or exculpated from liabilities flowing from non-performance by merely relying on Covid-19 outbreak.

A consideration of the agreement and the surrounding circumstances is paramount – the subject matter of the contract (whether same has been destroyed or is no longer available); whether an outbreak of infectious disease such as Covid-19 was captured in the contract; death or incapacitation of a party to the contract; whether the contract is time-bound; whether the cessation of all movements (in Lagos, Ogun and the FCT) rendered it impossible to discharge the obligations or only made the discharge of same difficult; whether the commercial purpose of the agreement has failed; whether a discharge of the obligations after the normalcy returns would produce a result different from what the parties intended in the agreement; etc are all issues to be considered by the courts. The courts are ever ready to x-ray any given situation.

Where for instance, the Covid-19 pandemic cannot be reasonably held to disrupt performance of a contract as in the case of digital marketing agreement, the court may not be inclined to excuse an erring party. Digital marketing is Internet based. Access to the Internet can rarely be wholly affected by the pandemic or the lockdown directive. More so, where a party has taken benefit from a contract but is only unable to pay at the agreed time due to some challenges posed by the Virus and the lockdown, the law may allow reasonable time within which to make payment, without attracting any liability for breach. This means that no party would be allowed to enjoy the benefits of a contract without discharging the corresponding obligation on his or her part.

It is conceded that the effects of the Covid-19 pandemic can hardly be perfectly contemplated. In all cases, the party seeking to be excused from liability on the basis of force majeure or doctrine of frustration has the burden to prove that the Covid-19 pandemic and the cessation of all movements directive significantly affected his or her ability to perform. In other words, the question as to whether the Covid-19 pandemic and the cessation of all movement amounts to a force majeure is a question of fact, the answer to which would depend on the peculiar facts of each case and the agreement between the parties to the dispute. Where upon a consideration of the facts, the court comes to the conclusion that the contract was frustrated or affected by force majeure, the parties would cut their losses and no liability is placed on the non-performing party.

We have seen that a plea of Coronavirus or Covid-19 will not serve as a magic wand to exculpate anybody from contractual liability. Any unsubstantiated reliance on Covid-19 and arguments in support would be quarantined by the courts.

It is suggested that any party whose contractual obligation is likely to be affected by the Covid-19 pandemic and the cessation of all movement directive should reach out to the other party in good faith, informing the party of the same in good time. This may afford the parties the opportunity to make alternative decision, modify the contract or create a different contract altogether and possibly save the parties protracted litigation in the days to come. 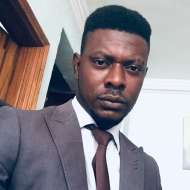