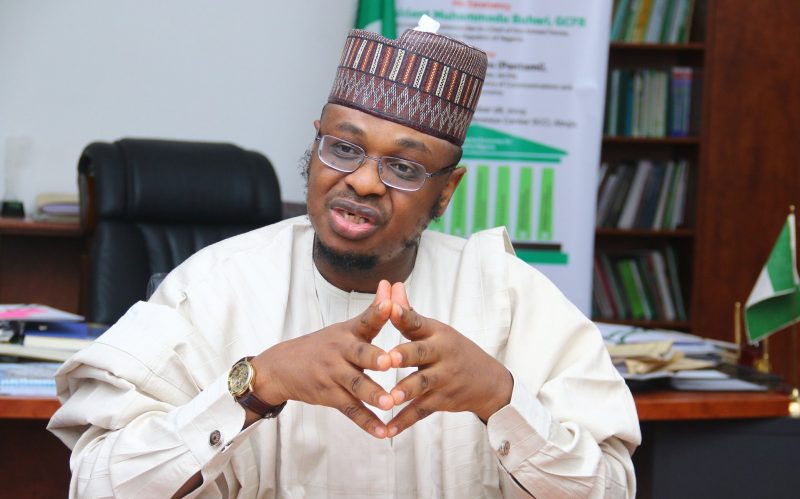 The Nigerian Minister of Communications and Digital Economy, Dr. Isa Ali Pantami, has been in the news lately for controversies surrounding comments he made in the past which appeared to support some ideologies held by some terrorist groups. This has made many to extend to him the appellation of a “terrorist.”

The Minister has been under fire, with many calling for his resignation (#PantamiResignNow) or immediate sack by the President. But in reaction, Pantami claims that he has turned a new leaf following exposure and further education. He was reported to have said:

More so, like a new convert, he claimed to have embarked on a mission to save those lost in the dark clouds of those beliefs he previously held. According to him:

For 15 years, I have moved round the country while educating people about the dangers of terrorism. I have travelled to Katsina, Gombe, Borno and Kano states, and Difa in the Niger Republic to preach against terrorism… I have engaged those with Boko Haram ideologies in different places. I have been writing pamphlets in Hausa, English and Arabic. I have managed to bring back several young persons who have derailed from the right path.

Below are some of the reasons Nigerians are unable to digest Pantami’s renunciation of those extreme beliefs, as reported by Punch.

When people have radical ideologies, they don’t change overnight. They will carry such ideologies into whatever offices they occupy. So people with extremist ideologies should not occupy sensitive positions…

2. Our data are not secure

…In the light of the position he is holding, Nigerians are not secure; our data are not secure with somebody who had wept sentiments with terrorists. A terrorist is a psychedelic being. If a sensitive public office holder has made a statement that is in connection to terrorists, there is something fishy about it…

So this brother (Patani) should step down if there is enough evidence to prove this, and let us have some peace. It’s too sensitive to manage our data, information and all that at a period when terrorists are gaining ground, establishing caliphates and gaining territory. We cannot joke with who is managing our information.

It is one thing for something to be secure and another thing for you to feel it is secure.

3. Whoever has romanced terrorism before is an enemy of the State

Lagos-based security expert, Dickson Osajie, believes that the extent of Pantami’s repentance is unknown and that previous romance with terrorism is an issue of national security. He questioned how Pantami made it through screening before being appointed Minister and concluded that:

…Since he (Pantami) had in previous times had mercy on Al-Qaeda, and other terrorist groups, that shows that he had romanced terrorism before. Whoever has romanced terrorism before is an enemy of the state. He needs to tender a public apology and resign from his appointment. I cannot trust that kind of person because I don’t know his level of repentance…

What precisely are those beliefs the Minister now claims to have renounced? Specificity is key, as the Minister never claimed to have renounced all, but several. What creed does he presently profess? Has anyone or body taken time to investigate the impact of the Minister’s position at the material time before his repentance? Can that investigation go on successfully why he remains the Minister? On what basis is the Minister refusing to resign notwithstanding the public outcry? Nigerians are eager to know. Ordinarily, it is not easy for a person with extreme views to publicly renounce those views. But you never know with politicians. They can give up anything or claim to do so just to retain office and be politically relevant.