AS AFRICA WHINES FOR BOBI WINE, THINGS WE MUST NOTE 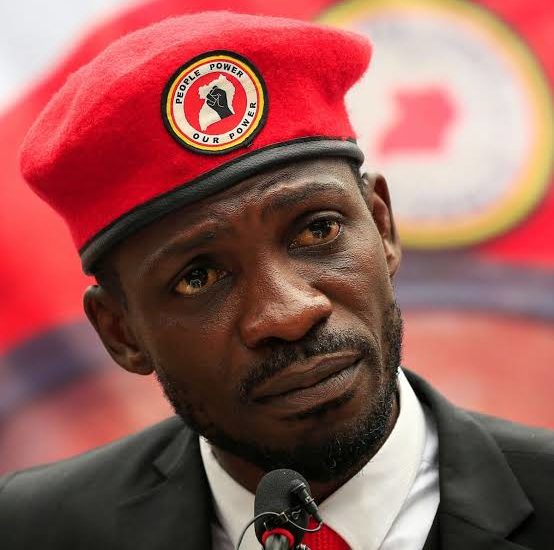 For all the natural resources that Africa is blessed with, she has been bedeviled by a myriad of problems. Corrupt politicians dip their hands into public finances, insurgency and religious extremism threaten to rip nations apart, the continent is light years behind the rest of the world from a technological perspective, and the brain drain of human resources continues unabated.

The one scourge that has really plagued Africa for decades, though, is the tendency of rulers to hold on to power for horribly long periods of time. They ascend to seats of authority, and end up staying in office until they get really old or infirm, and even then, they decide to hand power over to their progenies or cronies. Sometimes it’s through the instrumentality of military dictatorship, and at other times, it’s effected via the altering of legislation to enable longer tenures of office. But one common denominator is the sheer determination to latch on to political offices like an infant’s lips cling to lactating nipples.

Since 1960, ten Heads of State across sub-Saharan Africa have held office for more than thirty years. Robert Mugabe had to be toppled by a military coup after ruling Zimbabwe from 1980 to 2018, Paul Biya has been President of Cameroon since 1983, Gnassingbe Eyadema has been in charge of Togo for 37 years, and Yoweri Museveni has ruled Uganda since 1986.

Uganda has been at the centre of conversations bordering on international politics in recent weeks, not least due to the furore surrounding the (just-concluded) presidential elections. Museveni was contesting to be elected president (again!) for a sixth consecutive term. But the most interesting aspect of this year’s election was the identity of the opposition candidate. Museveni was up against Robert Kyagulanyi Ssentamu, popularly known as Bobi Wine, a musician and actor. Away from his legendary status in Ugandan entertainment circles, Bobi Wine has been actively involved in politics, representing Kyadondo County East constituency in Uganda’s Central Region as a Member of Parliament. What started as mere speculation on Twitter morphed into a proper political standoff, and Museveni found himself face-to-face with a man who was only four years old when he first became President 35 years ago.

Reports of political intimidation, arbitrary arrests and murders of Bobi Wine’s supporters made the news, but the continent’s youth population cheered on the 38-year-old. For many people, his emergence suggests defiance. It hints at a burning desire to do away with the old guard. It depicts the craving for fresh air in what has been a polluted African political sphere.

The African leadership problem, the solution

But are these things, though valid, necessarily enough? Is being young and “different” all that is needed to change Africa?

It bears mentioning that in 1986, few months after his successful election campaign, Museveni (who was 41 years old at the time) wrote:

The problem of Africa in general and Uganda in particular is not the people, but leaders who want to overstay in power.

Quite ironic! While it is presumptuous to suggest that in another 35 years, Bobi Wine (if he ever becomes president) would become the power-drunk despot that Museveni currently is, it is pertinent to note that in many instances, time and political access are what separate a hero from a villain, a Jean Grey from a Phoenix, an Anakin Skywalker from a Darth Vader.

From the 1960s to the early 1980s, Robert Mugabe was praised as a revolutionary hero of the African liberation struggle who helped free Zimbabwe from British colonialism, imperialism, and white minority rule. In Liberia, football legend, George Weah, was one of the loudest voices who criticised the controversial government of Ellen Johnson Sirleaf, but these days he receives flak for running the country aground.

On the home front, (relative) youthfulness and revolutionary ideals have not always translated to progressive politics. 45-year-old Yahaya Bello has been described as “One of the worst governors to have ever ruled a Nigerian state”, and all that 46-year-old Desmond Elliot does for the Surulere constituency as a Lagos State Legislator appears to be commissioning toilets and taps. There are those who forget that Bola Ahmed Tinubu, often chided these days for political godfatherism, was a key player in the National Democratic Coalition (NADECO), a political movement in the mid-1990s which sought to re-establish a democratic system of government, and whose members were persecuted by the Abacha-led military junta.

Ultimately, as Africa whines for Bobi Wine, we must note that Africa’s leadership problem is not just about old people, but despotic ideologies and weak institutions. Even if twenty Bobi Wines spring up, the continent will remain stagnated if new bottles of wine are still being poured into the old wineskins that are its political institutions. The political parties, the constitutions and the electoral systems across various countries are all flawed. There is hardly any difference that a young candidate can make in the face of all this.

The geriatrics need to go, but there is also dire need for reorientation and rebuilding of Africa’s political terrain. Noah and his family were righteous, but the old world still had to be washed away by flood. A Patrice Lumumba would evolve into a Mobuto Seseko if the structure and institutional framework are not changed.

Author: Jerry Chiemeke
Jerry Chiemeke is a lawyer, editor, columnist and art enthusiast. Per his legal practice, his interests include Regulatory Compliance, Legal Advisory and Finance. He is a widely published writer whose works have appeared in journals and publications around the world. Jerry loves commenting on music, film, art and everyday happenings around lawyers. He lives in Lagos. He can be reached on chiemekejerry5@gmail.com.