Court proceedings conducted in Judge’s chambers is an exercise in futility. 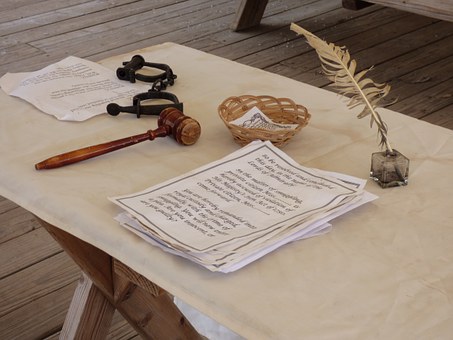 “Indeed, just as the court below found, a judge’s chambers cannot be classified as a regular courtroom or a place to which members of the public have right to go in and out since such access is dependent on the invitation or consent of the judge or may be by his permission. It therefore implies that a constitutional right to which members of the public apart from the litigants and counsel are entitled cannot be at the whim of a Judge whatever the status of the court the judge is presiding over. A part of the court’s proceedings which ought to be public and is conducted in the confines of the judge’s chambers is clearly one done in secrecy and detracts from the impartiality, independence, publicity, and unqualified respect which enshrouds justice given openly without fear or favour. Its acceptance by the public at large and the confidence it demands depends on these qualities which must be strictly adhered to… What occurred in the trial High Court was a clear aberration, an irregularity so profound as to be incurable…
Also to be stated is that the court at all times must act within its vires and where it lacks the jurisdiction to carry out any act, any such act is a nullity. Therefore, since the Constitution has not granted the trial court the jurisdiction to take proceedings and judgment in the private confines of the judge’s chambers, the Judge acted in futility when he set out to deliver the judgment in his chambers. He also did not have the power to give consent for whoever to come into his chambers to hear his pronouncement of the decision of court… For effect, it needs be stated that the provisions of section 36(1) and (3) of the 1999 Constitution are such that being a public right neither party to the litigation can waive the right or adjust it as it is a right donated by the Constitution…”

The crucial points from the above clear statement of the law are that  a Judge’s chamber is a private place, not public. A courtroom can be said to be a public place and the Constitution requires that court proceedings must be public. So, in the light of the above case, it is in the interest of litigants and their counsel to be mindful where an ‘erring’ Judge calls them in to have proceedings in chambers.
Facebook0
Twitter0
Print0
E-mail0
Whatsapp0
Total
0
Thanks for Sharing