HomenewsCovid-19 SeriesCOVID-19: PROPOSED FREE ELECTRICITY – WHY THE GOVERNMENT SHOULD AVOID ENRICHING THE SHYLOCKS IN THE INDUSTRY

COVID-19: PROPOSED FREE ELECTRICITY – WHY THE GOVERNMENT SHOULD AVOID ENRICHING THE SHYLOCKS IN THE INDUSTRY

The news that the electricity Distribution Companies (Discos), Nigerian Electricity Regulatory Commission (“NERC” or “The Commission”), the House of Representatives and the Federal Government had reached an agreement to provide two (2) months free electricity to Nigerians under the lockdown period had surfaced in the media a few days back. The noble intentions of the House of Representatives led by the Speaker, Rt. Hon. Gbajabiamila, is to say the least, thoughtful and commendable.

Just as Nigerians were relishing the news, the Association of Nigerian Electricity Distributors (ANED), the umbrella body of all the DisCos, through their spokesman, Sunday Oduntan Esq. have declared their support for whatever the National Assembly and the Federal Government do that will ameliorate the sufferings of Nigerians during this period. He also added that the energy to be supplied by the DisCos within the two (2) months period will not be free but will be paid for by the Federal Government and that the ability of the DisCos to go forward with the plan is subject to stimulus package yet to be passed into law by the National Assembly and assented to by the President, thereby suggesting that the DisCos are also looking at benefitting from the arrangement. He further reiterated how important it is that the government does not lose sight of the no-cost reflective tariff being suffered by the DisCos.

As beautiful as this idea may seem, the House leadership and members may need to be reminded that ours is a capitalist state and all social intervention schemes should be fashioned and directed to those who are mostly in need of the same.

As noble and timely as this proposed intervention may be, it has, riddled all over it, questions that the National Assembly needs to answer first before going ahead with this most needed palliative initiative of theirs. These questions include:

These are questions to be answered by the Federal Government in the event that it wants to take this free electricity package serious, so as not to enrich the wrong persons. It is no longer news that the country is currently grappling with the rippling effect of the global pandemic on the economy. Any further burden on our collective economy without benefitting our “common purse”, should be discouraged with all sense of ­­­­­­patriotism.

One would have expected the National Assembly to liaise with NERC and the Minister of Power in activating the Power Consumers Assistance Fund (“The Fund”) under Part VIII of the Electric Power Sector Reform Act of 2005 (EPSRA). This way, we will get the corporate bodies to assist those persons who, by the reason of the current economic situation brought about by the Covid-19 pandemic, can no longer offset their electricity bills with less pressure on our collective economy. This will prevent passing a stimulus package which will end up enriching the Shylocks in the industry without adding any meaningful value to our individual lives.

A look at Sections 83-87 of EPSRA shows the supposed existence of such Fund, how contributions are expected to be made into the Fund, penalty for those who fail to contribute as required by Law and disbursement of already existing contribution to the Fund.

The Act further provides that the Commission shall determine the rate of contribution to be sent into the Fund by designated consumer and class of consumers and eligible customers under the Eligible Customers Regulation and amount of subsidies to be disbursed from the Fund in accordance with direction issued by the Minister and subject to the impact of such contributory rates on the Eligible Customers and consumers who have to bear the burden of such contributions. See Section 84(1) and (2) of the Act.

The disbursement of the Fund is to be made by the Commission in accordance with the Minister’s direction to the Distribution Licensees for the electricity supplied to the designated consumers or class of consumers for the duration specified by the Commission. See Section 86.

The Act also provides for penalty for any person who fails to make the requisite contributions in due time by stating that such a person will pay penalty which is three times the amount he failed to remit within the time in review either to the Commission or the Distribution Licensee as the case may be. See Section 87.

Does the Fund exist?

At this point, the question that comes to mind are, does this Power Consumer Assistance Fund currently exist? If it does, how much contribution do we have seated in the Fund at this critical time in our collective existence? Can we get the Eligible Customers (who are mostly big corporations) to contribute more money into this Fund as part of their social corporate responsibility? And lastly, which class of customers/consumers should be qualified to benefit from this Fund at this point in time?

It is our candid opinion that this subsidy, if it is to be issued, should be directed to the poorest of the poor in our society following a well scrutinised process after the said consumer might have applied for the Fund’s assistance. This cannot be done across board to include persons who ordinarily could pay their electricity bills even if the lockdown were to be extended beyond two (2) months.

It will not be in the interest of our current economic state as a country to leave the burden of paying electricity bills of even our rich citizens and businesses to the Federal Government that is already scampering in finding ways to reduce the budgeted expenditure for the year as a result of the economic woes brought upon the nation by this ugly pandemic.

It is our view that all Nigerians who may not be found eligible to benefit from this Fund at this time be given a period of grace within which they may pay up their bills. In the same vein, the Commission should as a matter of urgency ensure that credit loans in form of energy is advanced to customers of Discos who use prepaid meters to ensure their electricity supply is not cut off within this period of lockdown. Such loans may be made to have a 5-month repayment plan commencing from whenever the lockdown period ends.

It is important that a modality is fashioned out fast so as not to dash the high hopes of palliative-deserving Nigerians anticipating to be supplied free power for two (2) months as the lockdown continues to bite into their pockets. This is more so as the Discos have continued to release official messages geared towards encouraging their customers to pay their bills as they are yet to arrive at a concrete and confirmed arrangement with the Federal Government regarding the supply of the proposed two(2) months free electricity supply for their customers.

We hereby advise the Federal Government not to allow this proposed palliative to be a means of enriching the pockets of big corporations and businesses. Rather, appropriate steps should be taken along the lines suggested above in ensuring that the proposed palliative is channeled to the poor Nigerians who dearly needs some respite as the Covid-19-infested economic woes continue to threaten our entire and collective economic existence. 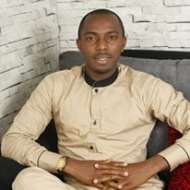