OPEN BAR INITIATIVE’S PETITION AGAINST NJC ON NOMINATION OF JUDGES: MUCH ADO ABOUT NOTHING 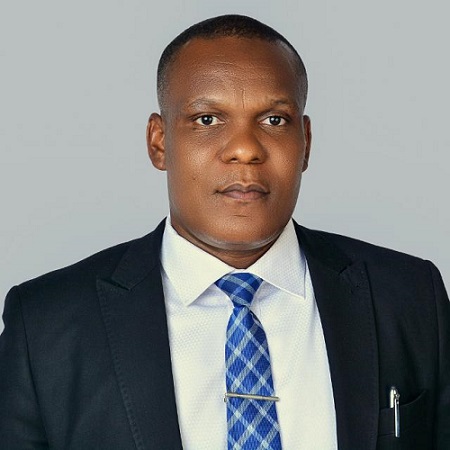 On 26 April, 2020, the National Judicial Council (NJC) released the names of 33 legal practitioners recommended to the President of the Federal Republic of Nigeria for appointment into offices as Judges of the Federal Capital Territory (FCT) High Court.

The release of the list of nominees has been confronted with criticisms, the foremost being complaint by some individuals that the selection appears nepotic, as a good number of the nominees are said to be children and relatives of retired and serving Judges and Justices of the Appellate Courts. Then came the petition of a group of individuals under the auspices of the Open Bar Initiative (OBI) who expressed their protest vide letters written to the President and Heads of the Nigerian legislative chambers.

OBI in letters dated 30th April, 2020 contends that the NJC violated its own procedural rules for the appointment of judicial officers in Nigeria. On the basis of the alleged violation of NJC Rules, the OBI maintains that 22 out of the 33 nominees are not qualified to be nominated and appointed as Judges since there were either Deputy Chief Registrars and Magistrates.

The OBI contended that Rule 4 of the NJC Appointment of Judges Procedure Rules provides in Sub-rule 4 (i) (a) (b) and (c) that:

(i) regard the following qualities as essential requirements for the selection of suitable candidates for the judicial office in any of the Superior Courts of Record in Nigeria;

a) Good character and reputation, diligence and hard work, honesty, integrity and sound knowledge of law and consistent adherence to professional ethics;

As may be applicable:

b) Active successful practice at the Bar, including satisfactory presentation of cases in Court as a Legal Practitioner either in private practice or as a Legal Officer in any Public Service;

c) Satisfactory and consistent display of sound and mature judgment in the office as a Chief Registrar or Chief Magistrate;

According to the OBI, the implication of paragraphs “b” and “c” quoted above, is that only four classes of lawyers are qualified to apply and be recommended to be appointed as Judges of a High Court and they are:

There are four (4) issues calling to be addressed in this circumstance. They are:

1. Whether the NJC Guidelines (Procedural Rules) for the Appointment of Judicial Officers have the force of law to the extent that its violation will render the nominations nugatory and void?

2. Are the above provision of the NJC Rules mandatory so as to make non-compliance with same ultra-vires the NJC?

4. Whether such inconsistencies do not render the said Rules void as regards additional qualification for appointment as a judicial officer?

On the Issue 1, it is submitted that the NJC Rules in question do not have the force of law and as such, deviation for the said Rules will not render the nomination made by the NJC nugatory. The legal effect of Rules is determined by a host of factors which include: purpose, reasonableness, source, etc.

The NJC Rules in question are directory administrative template by the NJC to guide the NJC and the respective Judicial Service Commissions/Committee in their functions in the process of appointment of a judicial officer. The Rules are not of any legal or binding effect, so as to make its provision mandatory for the NJC. The Rules do not qualify as a Delegated Legislation either, because they do not derive their source or making from any principal legislation. The NJC as an executive/administrative body formulated these rules as guidelines for the discharge of its administrative constitutional functions in the process of selection and appointment of judicial officers. The said Rules not having any legal effect, its violation or any deviation from the Rules cannot nullify or void, the nomination made by NJC.

On Issue 2, it is a clear principle of administrative law that the essence of such Rules (as the NJC Rules in issue) is to check arbitrariness in administrative process. Consequently, when there is a deviation from such set rules, it can only be faulted if such deviation violates a law in force at the moment. In the circumstance, the NJC cannot be said to have broken any law in force in Nigeria by appointing Magistrates, (other than Chief Magistrates); Deputy Chief Registrars (other than Chief Registrars) who are qualified as legal practitioner for a period of more than 10 years, to the bench of the FCT High Court. From the nature and clear wordings of the NJC Rules, it is clear that they are directory and not mandatory, hence non-compliance with these Rules cannot render the nomination made by the NJC ultra vires.

The supremacy of the Constitution is an elementary principle of law. And there is no need for authority to state that the 1999 Constitution of Nigeria is superior to the NJC Procedural Rules for the Appointment of Judicial Officers.

The requirement of the provisions of the 1999 Constitution on the qualification for appointment of a judicial officer (inclusive of section 255 quoted in the OBI’s petition) is that for a person to be appointed a judge as in the present circumstance, he must be qualified to practice as a legal practitioner in Nigeria for a period not less than 10 years.

The additional requirement of being a Chief Magistrate (if the person is in the Magistrate cadre) or Chief Registrar of court (if the person is an administrative member of staff of court) as stipulated by the NJC Rules are contrary to the stipulation of the 1999 Constitution on what qualifies a person to be appointed a judge as in the circumstance of this case.

The effect of such inconsistency of the NJC Rules with the provision of the Constitution is that the NJC Rule is rendered void and of no effect.

Flowing from the foregoing, it is simple a case of much ado about nothing that the NJC deviated from its Procedural Rules on appointment of judicial officers. It is of no moment and do not qualify as a reason for the President not to appoint those so nominated. 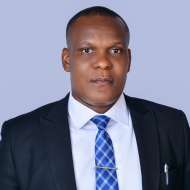