The Access Bank and Diamond Bank Deal: Implications for Stakeholders.

The news recently broke of the restructuring involving Access Bank Plc and Diamond Bank Plc, two leading Nigerian financial institutions. While the restructuring has been described by some as a merger, others have described it as an acquisition. This debate will be further discussed in this piece. However, suffice it to say that the successful restructuring and the emergence of Access Bank Plc symbolises a remarkable step in the direction of proactive bank resolution which eventually inures to the benefit of all stakeholders. The road-map of this piece will start by deciphering the nature of the transaction. Finally, the implication of this restructuring for certain stakeholders will be examined. The stakeholders discussed include the Central Bank of Nigeria (CBN), shareholders of the banks (Diamond Bank and Access Bank), depositors and the general public.

An important point to be added is that the Securities and Exchange Commission (SEC) has hitherto been the regulator of Mergers and Acquisitions (M&As) pursuant to the provisions of the Investment and Securities Act (ISA) 2007. However, following the recent enactment of the Federal Competition and Consumer Protection Act 2019, that role has been transferred to a Federal Competition and Consumer Protection Commission, a new institution to be set up. This Act will be examined and analysed in another article. Suffice it to say here that the SEC regulated this transaction since it started before the enactment of the Act.

The Nature of the Access Bank and Diamond Bank Restructuring: A Merger or an Acquisition?

On the other hand, an acquisition refers to a takeover of a business entity by another. It involves the takeover of the management (control) of a smaller company by a larger one, so the assets of the former become subsumed by the latter.The result of an acquisition is not the emergence of a new entity. This description of an acquisition is consistent with the definition of a takeover in the ISA. A takeover is defined in the ISA as “the acquisition by one company of sufficient shares in another company to give the acquiring company control over that other company.” It results in the absorption of the smaller entity into the larger or a subsidiary of the larger one. There are different ways by which acquisitions may be paid for. It may be all cash, all securities or by both cash and securities. Where the transaction is to be paid for by securities, the acquirer may use its equities or other securities such as bonds of various types e.g. bonds with warrants, convertible bonds or zero-coupon bonds.

Although Access Bank has consistently described the transaction as a strategic merger, it may not be out of place to suggest (as some commentators already have), that what has happened is an acquisition. Certain facts inform this conclusion.

First, Access Bank Plc is a tier-one bank with stable financials, while Diamond Bank is a tier-two bank. The dynamics already suggests that while the former is the stronger bank, the latter is the weaker. Second, while Access Bank was clearly financially stable, Diamond Bank appeared to be undergoing some financial turbulence. In the period leading up to the deal, Diamond Bank appeared to have been battling headwinds, including low loan loss coverage, decline in shareholder funds owing to operation loss, and a vulnerable foreign currency liquidity position, amongst other issues. These factors collectively led to the downward rating of Diamond Bank by ratings agencies including the S&P which had downgraded them from B-/B to CCC+/C. It had also shut down its international operations. Third, the deal involved the cash and equity of Access Bank in exchange for the equity of Diamond Bank. In the case of Access Bank, it paid for the transaction through both cash and securities. In exchange for acquiring all the paid up share capital of Diamond Bank, each shareholder of Diamond Bank received a consideration of N3.13 per share made up of N1 per share in cash and an allotment of 2 new ordinary shares of Access Bank for every 7 Diamond Bank shares held at the date of the implementation of the restructuring.

One last thing to note is that while mergers are typically considered friendly, acquisitions usually have attached to it, a negative connotation. Hence, there is the tendency for acquiring companies to use the term merger in place of an acquisition. In any case, under Nigerian law, nothing prevents the consummation of a friendly acquisition under the procedure prescribed for mergers. This is the procedure employed in the Access Bank/Diamond Bank deal.

As already pointed out, the shareholders of Diamond Bank Plc were by all standards better-off than they may well have been if Diamond Bank had continued to decline in view of the headwinds which the bank was experiencing (discussed above). In addition to the cash received, Diamond Bank shareholders are now invested in a bigger and more robust financial institution focused on shareholder value creation. For Access Bank shareholders, the benefits of the merger have been listed out at its court-ordered meeting to include the expansion of the retail base and market reach of Access Bank. In the long run, it is believed that Access Bank will turn out more profitable for its shareholders.

The merger shows an improvement on the way bank distress resolutions have been carried out under the watch of the CBN. Generally, bank distress resolution may take the form of the provision of emergency liquidity assistance by the CBN usually coupled with the provision of blanket guarantees to depositors, setting up of bridge banks and as a last resort, a liquidation. An acquisition as a proactive resolution option has been reputed to prevent reliance on the already mentioned resolution mechanisms which invariably involve the use of state funds in resolution. As a regulator, it is a plus for the CBN that the issues of Diamond Bank did not deteriorate further especially on the heels of the recent resolution of Skye Bank.

While it may be somewhat too early to determine the fate of the employees, it is typical that following M&A, certain employees may become redundant since the goal of the M&A is to achieve enhanced profit maximization and reduced expenses. Even at this, the sheer size of the new Access Bank will require human resources which will be drawn from the existing pool of employees of both Access Bank and the now defunct Diamond Bank.

The smooth transition of Diamond Bank has undoubtedly created confidence in the Nigerian banking sector. Both local and foreign depositors can trust regulators when in their regulatory capacity they assure Nigerians on the health of financial institutions.

*New Book Alert from the author – 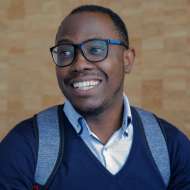 Author: Sanford Mba
Sanford U. Mba is a legal researcher and a business lawyer. He holds a PhD from the Central European University and has held visiting scholar positions at Cornell Law School (Myron Taylor Hall) in the US, the Commercial Law Centre (Harris Manchester College), Oxford University and at UNCITRAL in Vienna. He has published in reputed international law journals and his book on new financing for distressed businesses has recently been published by Springer, a leading international publishing company.